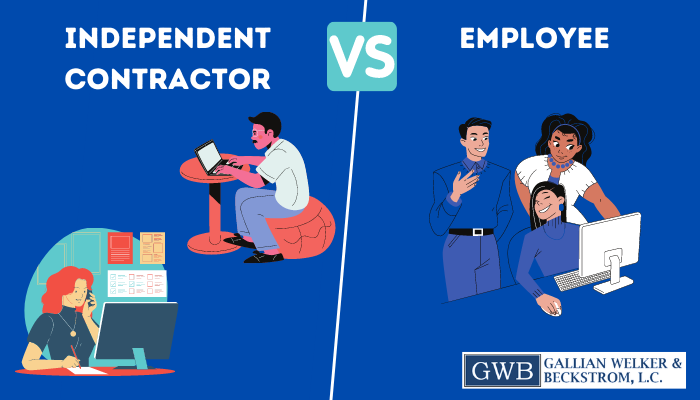 One of the most important questions a business owner faces is how to properly classify its workforce.  Businesses are oftentimes able to choose between whether to classify a worker as an “employee” or “independent contractor.”  The determination, however, must not be reached lightly or without thorough consideration.

Over the last few years, federal and state agencies (such as the IRS and Workforce Services) have increasingly begun to more closely scrutinize the classification of workforces.  This is because such government bodies, as well as the workforce in general, are being denied important protections, benefits, and revenues.  Oftentimes, businesses simply decide to classify workers as independent contractors to avoid paying into programs such as unemployment, Social Security, Medicare, worker’s compensation, or to avoid withholding other state and federal taxes.  However, in their efforts to avoid such costs, some businesses may be opening themselves up to more costs due to misclassification.  By improperly classifying its workforce as “independent contractors,” rather than “employees,” a business opens itself up to regulatory scrutiny, both federal and state, including imposition of fines and penalties.  The following represents a list of some of the possible liabilities that are associated with misclassification of workers:

Each agency applies its own intricate test to determine whether a worker should be deemed an “independent contractor” or an “employee,” and a business must be compliant at all levels to avoid fines and penalties.

If you, as a business owner, have been notified by either a federal or state agency that your business is being audited for allegedly misclassifying your workforce, or if you have general questions as to how you should be classifying your workforce, reach out to us at Gallian Welker & Beckstrom, L.C.  Our attorneys have experience in helping various businesses come into compliance with applicable laws and avoid unnecessary expenses.